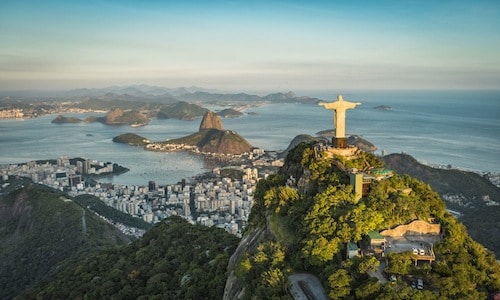 Brazil: Down But Not Out

As a Brazilian collection attorney, a glance at the international news over recent months would seem to suggest a dire economic situation in Brazil.

For example, public corruption is the norm, crime in the streets is well documented and the country is struggling to recover from a two year economic recession. If circumstances are truly that bad there would be no reason to believe in our economic future, but the reality is that there are reasons for hope. From my perspective, politically speaking, positives may be presently difficult to locate, with the current president indicted on bribery charges and the previous one impeached, and this is just for starters. But with so much attention being paid to these issues, they are being dealt with and discouraged on a national level, and will hopefully lead to a stronger system.

In addition, proponents claim that economic success is independent of the turmoil enveloping the president and, what would seem to support this assertion is that the central bank reported a positive initial quarter of 2017, the first since the start of the recession in 2015. And news of the presidential indictment did not discourage investors in the marketplace, as most still view the economy encouragingly. This suggests a trend in the right direction at last for the world’s ninth largest economy.

The recession has created opportunities for investment and money is pouring into the economy from outside investors who are betting on an economic recovery. With the economic downturn bringing about chances to buy in low, financiers are bringing foreign resources into Brazil, some simply because the country is too large and important on a regional and worldwide scale to ignore. With the efforts to cleanse corruption ongoing, the influx of investment is timely and should spell growth for the future.

Allow me to emphasize that Brazil still boasts many natural resources within its borders and will use them to recover from the recent hardships, along with the industries that have succeeded during this period. It is still a regional, or greater, power in agriculture and forestry and other industries which make for a good base from which to build. Companies and industries that were able to survive over recent years will find themselves adept and competitive when circumstances improve, and will lend further credence to an improving economy.

Finally, we Brazilians have reason to have hope in the country’s fortunes. We have lived through many recent problems and are realizing that change needs to happen. Some issues are systemic and improvement will come slowly. Although many of us may be uncertain about where our country is headed at this point, most of us understand that the current course cannot continue and are prepared to make the modifications necessary to ensure a strong and successful nation in the future.

Unsurprisingly, the headlines of the world do not tell the full story of our country and its economic outlook. There are many challenges to confront, but they are being confronted and are not the sum of all Brazil’s many parts and resources. If our country is willing to embrace the changes that must be made to its systems, then it will still find itself positioned to be successful in the future.

For any questions or comments, please contact Octávio Aronis at octavio@aronisadvogados.com.br.

This article has been edited by Steven Gan of Stellar Risk Management Services, Inc.